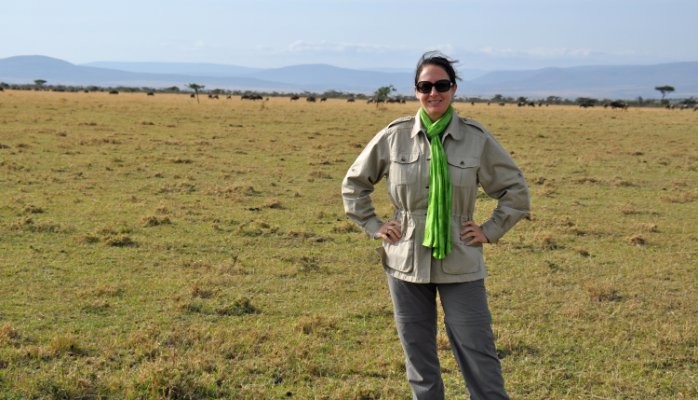 Posted at 06:02h in Personal Thoughts by Heather Lauer

My first time traveling abroad was as an exchange student in Germany between my junior and senior years of high school, only a year after the fall of the Berlin Wall. It was a fascinating time to be in Europe to witness democracy building in progress as millions of former East Germans were getting their first taste of freedom. I was fortunate to have lived with a host family that was willing to take me on weekend trips around southern Germany, and who shared what they were observing and experiencing as history unfolded.

Anyone with the wanderlust gene like me can relate to those 6 weeks of living outside the narrow comfort zone I’d previously known as a girl from small-town Idaho, spawning a lifelong interest in globetrotting. Since then, I’ve visited all 7 continents and over 30 countries. And despite the challenges of today’s world, my desire for experiences with other cultures has only grown stronger, even as the threats from extremists who don’t value freedom – and who sadly don’t even know what that word means – have hit closer to home.

I was in Nairobi just a few weeks before the extremist group al-Shabaab attacked the Westgate Shopping Mall in 2013. But when I think back on that trip, all I can recall were the amazing encounters with the Maasai people to learn more about their unique culture, and the wonderment of being on safari in Amboseli National Park and Maasai Mara National Reserve, something I’d dreamt about doing since I was a child. Call me naive, but terrorism wasn’t on my mind at all during my two weeks in Kenya, even though I knew it was a challenge the country was dealing with (and because of constant ‘warning’ emails I received from the U.S. State Department).

A couple years later, I visited Paris for the first time just months prior to the November 2015 attacks by ISIL. For all the places I’ve traveled in the world, it seemed kind of odd to me that I’d never been to Paris before. So my cousin – for whom this was her first trip out of the United States – and I spent 5 days on a whirlwind tour of the City of Light where we encountered nothing but hospitable, friendly, and even humorous locals. We visited many beautiful landmarks during our sightseeing adventures, but if I’ve learned anything in my years of travel, it’s the people you meet along the way who truly make the experience memorable. And the lovely Parisians who we encountered remain on my mind, not extremists.

I’ve flown through the Brussels Zaventem Airport on several occasions for both work and pleasure over the years, walking through the same departures area where extremists committed the ultimate cowardly act and claimed the lives of dozens of innocent people, many of whom – like myself – were only passing through on their way to experience other parts of the world. Terrorists won’t stop me from returning to Belgium again for delicious chocolates and moules-frites, and to visit the friends I made during my time there.

I would take every single one of those trips all over again, even if I knew in advance there were imminent threats. I’m still more likely to be hit and killed by a car while crossing the street in any of those foreign cities than I am to be attacked and killed by a terrorist. It will be a cold day in hell before I let extremists take away the freedom I enjoy as an American who can travel the globe with relative ease.

I’m not a foreign policy expert, but my gut tells me that when politicians use attacks by extremists as another reason to close America’s doors, they are completely missing the point. Their rhetoric only makes me further dig into my belief that the more we experience other cultures, and the more we learn about each other, the better we are able to come together to solve problems that are far too big for any of us to solve on our own.

Now pardon me while I get back to planning my next trip to experience another corner of the world.