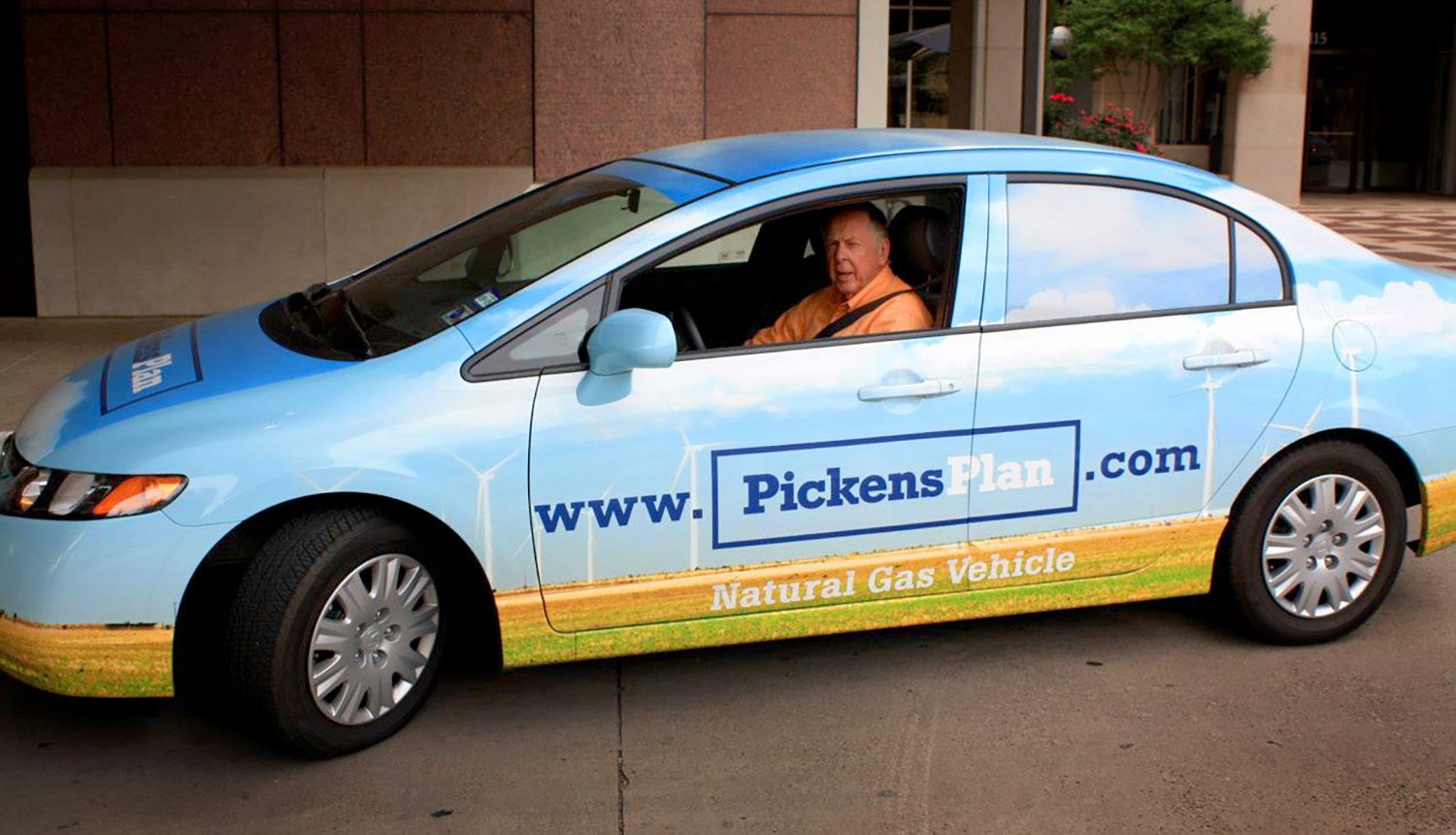 Posted at 17:44h in Case Study by Heather Lauer

In July 2008, T. Boone Pickens launched the Pickens Plan, a campaign to advocate for American energy independence. From the beginning, his efforts were supported by a large-scale, national, online campaign to recruit and mobilize a Pickens Plan Army – one of the first campaigns of its kind.

Within the first 9 months of the Pickens Plan, 1.5 million supporters were recruited and activated in support of energy independence. During that time, over 40% of supporters took action at least once on behalf of the campaign, and over 1.1 million emails were sent to elected and administration officials. Initially, supporters were recruited through television ads that drove people to the website to join, but over time the viral effects of the online campaign kept the supporter base growing. From the time the campaign was launched to when it officially ended in 2017, over 3 million individuals had connected with the Pickens Plan via email or social media.

Heather Lauer managed the Pickens Plan digital campaign until the effort came to an end in 2017, and she continues to guide strategy and day-to-day management of the personal websites and social media profiles of T. Boone Pickens.

The central coordinating and mobilization platform of the grassroots army was located at push.pickensplan.com, a custom social network that allowed the campaign to organize and engage supporters around geographic and issue interest areas. The campaign also developed a presence on major social networking platforms for identifying, recruiting and educating supporters, and driving them to the custom Push social action network for a higher level of engagement. Within a month of the campaign launch, the Push social action network had over 100,000 members and was growing fast.

Regional Leaders were hired to organize the Push social action network. Seven individuals were responsible for coordinating the actions of what eventually grew to a 200,000 person network of supporters who were engaging regularly with the campaign through the website. Digital tools made it possible for the campaign to direct a large supporter network with only few paid staffers.

Regional Leaders helped supporters get involved and take action – both online and offline. Activities included emails to elected officials, petition drives, submitting letters to the editor, personal contact with elected officials, recruitment of friends and family, and organizing local meetings. Contact with supporters via the Regional Leaders also provided the campaign with an invaluable way to get feedback from the Army and identify individuals who were willing to play a larger role. The openness of the network made supporters feel like they were an integral part of the campaign – that they had ownership – which led to increased levels of engagement.

One of the ways in which supporters were organized via the Push social network was through Congressional District Groups, which existed for nearly every district in the United States. During the first year of the campaign, 2/3rds of those groups had personal contact with a Member of Congress.

A variety of tools were used for communicating with the Army on an ongoing basis including a blog, vlog, weekly emails, webcasts, live chats, and message boards, as well as regular updates via Twitter, Facebook, MySpace and LinkedIn.

In April 2009, a “Virtual March on Washington” generated significant levels of activity targeting Congressional offices in support of energy legislation. In addition to activating the Pickens Plan Army, we partnered with over 40 organizations that communicated with an additional 3 million individuals.

The efforts of the Pickens Plan Army supported the successful passage of key components of the federal stimulus package in 2009, as well as several public policy efforts at the state level throughout the decade that the campaign was active.

The Pickens Plan won the Campaign & Elections’ Politics Magazine Reed Award for “Best Use of Social Networking Technology” during the 2008 campaign cycle, a groundbreaking year for the use of social media in public affairs. The project also won a Pollie Award from the Association of Political and Public Affairs Professionals for “Best Overall Public Affairs Campaign.”